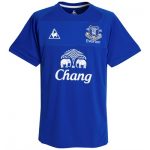 The man who may or may not have been drafted in to find investment for Everton says he is almost certain Everton will find a buyer.

Harris is well known for brokering deals to sell clubs, and he was hired by Bill Kenwright to find investment two years ago, although this was denied under oath at the public inquiry into the Kirkby stadium plans.

Speaking today on Radio City he said the size of the stadium at Goodison Park was a concern, but that he had been speaking to “a number” of people and was “almost dead certain” that a deal could be done to sell Everton.

NSNO learned today that Everton’s board had budgeted for a seventh place finish at the end of this season, so securing new investment will be top of the agenda if David Moyes is to bring in new faces.