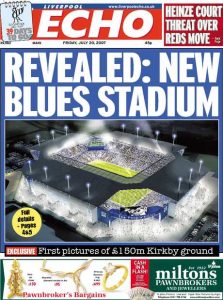 Even before I started NSNO way back in 2004, Everton fans had stopped buying the Liverpool Echo, and in 2015 there is a growing number who don’t even visit their web pages anymore.

Why?  Because the Liverpool Echo is no longer a relevant source of news for Evertonians, and hasn’t been for some time.

I first cottoned onto this internet malarky in about 1998 and after the obvious, the first thing I searched for was Everton.  There wasn’t much about if I’m honest.  A few newsgroups (remember them!?) and the site that we know today as Toffeeweb.  A few years later came Bluekipper, the excellent When Skies Are Grey, and icLiverpool – who ran the Echo’s online presence.

NSNO followed not long after and with the wide-spread use of broadband, internet use started to grow, as did the forums of the established sites (and the huge amount of new sites springing up.)

“I won’t even buy the Echo” was a common comment from Everton fans even back then.  Now, there are much stronger views being aired thanks to the boom in social media sites like Twitter.  Evertonians have long-since switched to independent Everton fan sites to get the news on the Blues.

Newspapers now are out of date before they’ve even got in the van from the printing presses.  By the time they hit the shelves, a thousand websites carry the same stories, delivering them to millions of smartphones across the world.  In the modern era of a need for immediacy from news consumers, social networks, personal blogs, and independent websites are becoming the first place people check for their information.

That’s bad enough for reporters trying to justify their salaries to the Trinity Mirror franchise who puts an increasing amount of pressure on them to deliver clicks to their websites.

Back in 2004, you could at least rely on The Echo to run with stories that had substance.  If it was in The Echo, then there was usually some sort of solid basis for the story to have appeared there.

Now, everything is reported, even the football odds today.

Do you think the Echo reporting on Everton is still relevant to Evertonians?

Articles generated by the genuine story-getters at the paper are swallowed up by every rumour that every fan site and Twitter account are running with, and then some.

Hands up, who even reads the match reports in The Echo anymore?  I haven’t read one in about five years.  That’s not a boast.  I’ll read pretty much anything with the word “Everton” in it, and spend a hugely disproportionate amount of my spare time doing exactly that.  But very little of it comes from The Echo.  I probably read more about Everton in foreign languages than I do from The Echo’s website.

Then we have the fact that there is still a feeling of disconnection between what The Echo write and how Evertonians actually feel.

The former Everton correspondent, Dominic King (a Liverpool fan), was particularly guilty of “towing the party line” during the Kirkby debacle.  “The press facilities at Goodison aren’t good enough,” he moaned in a promotional video which also featured such diamond quotes as “if we plug anything else in in the kitchen, the floodlights will go out.”  I’ve often wondered how they solved that problem before installing the new electronic advertising boards.  Or more glaringly obvious again, the massive new additional floodlights.

He also penned a deliciously ironic article about how following Coventry’s route of building a stadium with commercial backing was the way forward.  Just a few months before Coventry were declared bankrupt and evicted from their shiny Ricoh Arena.

All in a bid to get Evertonians to support a move to Kirkby which was so vehemently protested by large sections of the support.  Very little was ever printed to represent those opposing views.

Protest marches have gone virtually uncovered, dis-satisfaction over transfer activity all-but ignored, and the groundswell in opposition to the current manager bypassed in the blink of an eye.

If you want coverage of those things, you look to social media or to fan sites like NSNO, Toffeeweb, or Bluekipper.  And tens of thousands do every day.

A fan survey conducted by Everton a few years ago saw The Echo fall behind fan sites in popularity for where Evertonians go to get their Everton news.  And that was before the rise of Twitter.  You can only imagine it has fallen even further behind now.

With all this in mind, The Echo conducted a “fans symposium” to try and get Evertonians on board.  They felt the need to bring Evertonians back into the folds of the paper, so to speak.  But the fact they needed to meet fans speaks volumes.  Their fingers are so far off the pulse that they didn’t even know what Everton fans wanted to see them reporting.  Then, when they release the audio of that meeting, almost half of it was excluded.

Several major fan sites declined the invite.  NSNO didn’t even get that far (although we would have politely declined)

I can’t speak for the others, except those who aired their views on the Echo in reply to their Tweets, but to be perfectly honest I’ve no interest in helping The Echo anymore.

Let’s get it straight though, I have a lot of respect for the Everton reporters at The Echo.  Those involved in writing about the Blues are big Evertonians who know their football, but these bonafide journalists work for an organisation who will never allow them to write about any negative aspect of Everton, thus removing their independence as reporters.  Who can blame the The Echo though?  The last time Dave Prentice wrote anything remotely verging on the critical he was forced to buy a match ticket in the Lower Bullens from which to write his match report after being declined entry to the press box.  And that was after his lengthy ban from Bellefield after criticising Tim Cahill for being out of touch with the fans.

The Echo have huge commercial accounts with Everton which involve the club committing to advertising on their pages throughout the year.  Lose that and you’re looking at scraping pennies from Google Adsense.  That’s not going to pay the heating bill at the office never mind a reporter’s salary.

Everton fans have been looking elsewhere for their Everton news for years, and now the club themselves have started to invite “fan media” (someone come up with a better label than that for god’s sake!) into the club, so it can only be a matter of time before The Echo goes the way of the Daily Post.  Perhaps if it wasn’t for Everton’s commitments under Premier League rules to include the local media, they already would have. 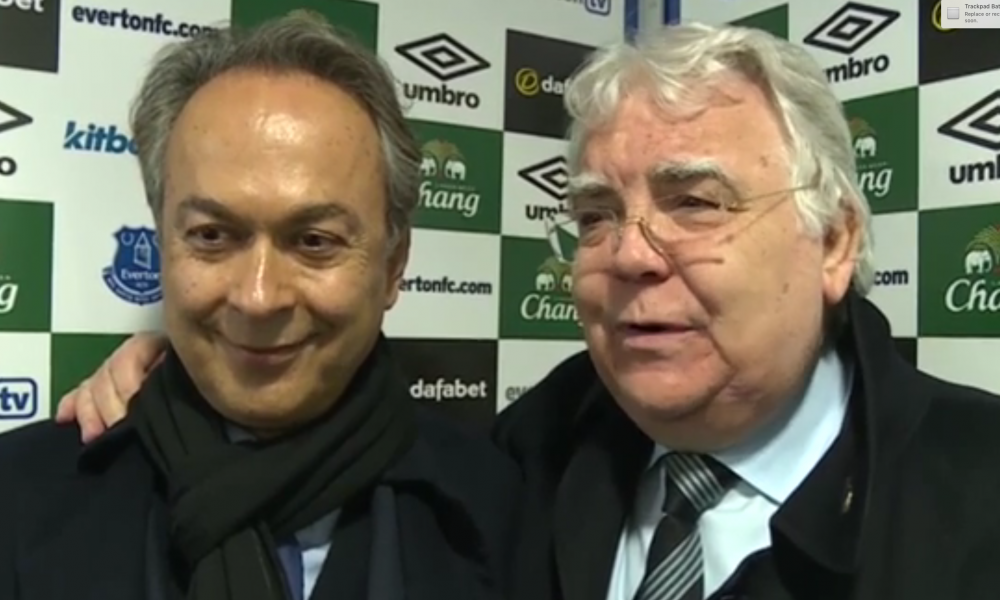 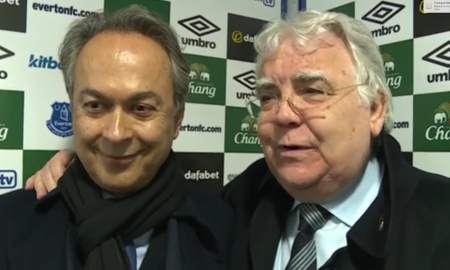 With talk of takeover at Goodison Park this summer, many posts on social media have urged Evertonians to be “careful what you...

While Everton have had a long-standing affinity with the FA Cup, it is fair to say the famous competition has not always...