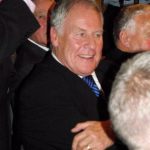 With the 222nd Merseyside derby taking place tonight at Anfield, NSNO caught up with former Everton player and manager Joe Royle, who has had more than his fair share of experience of beating the reds over the years.

We wanted to know what he thought going into the game this evening, and what – if any – advice he would give to Roberto Martinez on his first trip to Anfield as Everton boss.

“With it being a night game I’m sure there’ll be a great atmosphere in the stadium, and I hope Everton put out a strong side,” said Royle who won his first game in charge of Everton at Anfield.

“I’m looking forward to it, there’s the usual excitement and trepidation that goes with a derby game but the two sides are probably as close as they have been for a while.

“We saw that in the first game which was exciting in a game that we could have won, but could have lost so a draw was probably the right result in the end.

“Derby games have a reputation as being dour and physical but the game at Goodison was entertaining.”

With injuries hitting the Everton squad hard over the winter, particularly with Bryan Oviedo’s horrendous injury at the weekend, Royle was quick to highlight Everton’s strength.

“Obviously we’re all very concerned about Bryan Oviedo, who has come in and done very well and made himself a strong member of the squad and he’ll be missed,” he added.

“Ross Barkley has a chance and I’m not sure if Seamus Coleman will be back in time but that’s one position we’re well covered in at right back.  Stones and also Tony Hibbert being fit again makes sure that right back isn’t a hot spot for us.

“But I’ve got to say that we’re strong all around the pitch.  We all want Pienaar fit and we’d like to see Gibson back to see how he does with this set of players in the middle.”

With Royle having got his Everton managerial career off to such a strong start at Anfield in 1994, when 18 league places separated the sides and everyone outside of Goodison Park expected a demoralising defeat, NSNO wondered what advice he could give Roberto Martinez on his first trip to Anfield as Everton boss.

“There’s no advice to give really,” said Royle.

“He started his derby campaigns with a good draw and Everton’s record show that they’re hard to beat with only two defeats this season; one at free-scoring Manchester City and one with ten men against Sunderland.

“There’s no advice as such for Roberto, we were a different kind of side, we were high pressing, high action and energy side but Roberto’s side are a little bit more sophisticated that we were.

“I was surprised at Stevenage at the weekend when in terrible conditions they didn’t change their style.  They played from the back and kept the ball and didn’t change at all and it worked for them.”

Joe now writes his own blog, Director of Football, in which he comments regularly on the goings on in and around the four clubs – who all play in blue – that he managed, and his blog entries always make entertaining reading.

“That was just something that came to me when I was chatting with my son and a friend of mine and we had the idea of starting a little blog to see what happens,” added Royle.

“The name was just a website name that was available and I’m certainly not a Director of Football and it’s just a bit of fun really.

“I always retain an interest in the clubs that I’ve managed and the blog seems to have been well received by the fans of the clubs.”

Wayne Rooney will always have blue blood running through his veins. Record-setting achievements may have been enjoyed across 13 years in the...