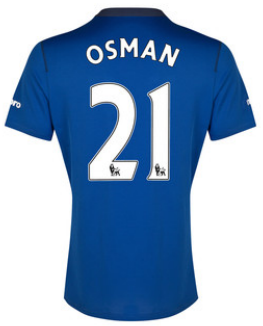 Everton have today confirmed that they will play FC Porto as part of the pre-season preparations as a testimonial game for long-serving midfielder Leon Osman.

Osman spent a number of seasons on out loan before making himself a regular in the first team at Goodison Park, including a spell at Derby County where he was named their player of the season.

He has since become a mainstay of the side and helped the Blues compete in European football under David Moyes, and has been strongly involved in Roberto Martinez’s first season at the club, having also helped Everton qualify for the Europa League again this season.

The game will be played at Goodison Park on Saturday August 3rd, with kick off at 3pm, and Osman is chuffed to bits.

“To get FC Porto, a leading team from a top European country, to come over and play is great news,” he told evertonfc.com.

“It’s a great honour to get a testimonial and I will certainly be enjoying the day.”

The Blues also confirmed an away pre-season game at Tranmere on July 22nd.

Osman: Everton are moving forward
Osman: It would be great to have Lukaku back
To Top