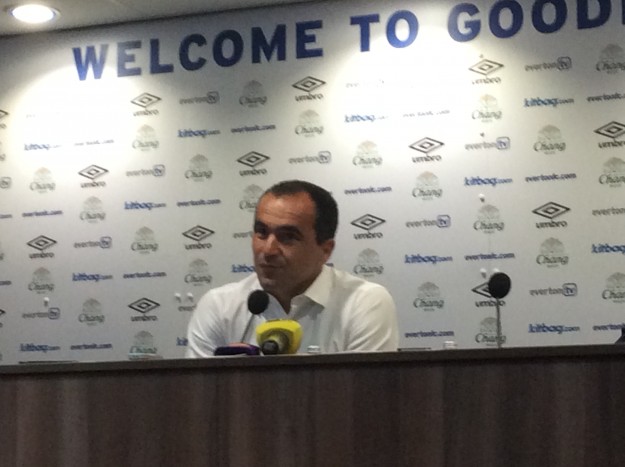 Everton boss Roberto Martinez says that the signings of key young players over the summer to keep them at the club shows the ambition at Goodison Park.

Ross Barkley, Seamus Coleman, and John Stones have all penned new deals, and the manager says that it can often be more satisfying to keep a player at your club than bring in a new one.

“Handing those players new contracts shows we have ambition, and it is something rare to have Barkley, who knows his best environment and he wanted to stay at Everton and carry on developing here,” Martinez told Sky Sports on Wednesday.

“Sometimes to keep a player is more satisfying than signing one.

“It allows you to have continuity to face all the demands of the season with a strong backbone.”

Everton boss Carlo Ancelotti says that his side showed how much they missed the two first choice full backs that are out...

How Lucas Digne’s injury may affect us

It was confirmed on Thursday that Lucas Digne is set for a spell on the sidelines after suffering an ankle ligament injury...

Everton host Leeds United on Saturday aiming to keep themselves in touch with the leading teams in the Premier League.

Put Everton’s safe standing at the back at Bramley Moore

I think that the safe standing should be at the back third of the new South Stand at Bramley Moore, not at...

Is European football still within Everton’s grasp?
To Top