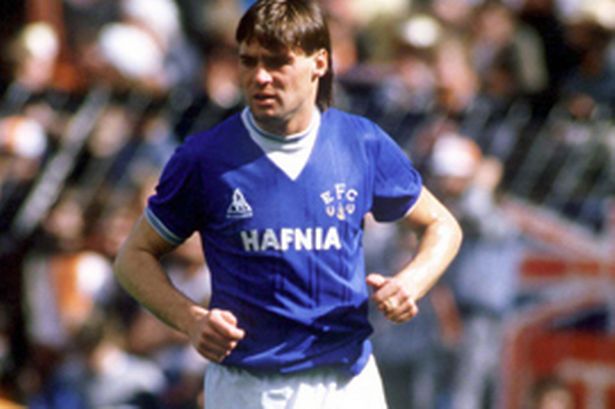 Everton legend Pat Van den Hauwe has said that former boss, the late Howard Kendall, told him to play for Wales rather than England or Belgium.

Van den Hauwe played left back in Everton’s most successful period, but many wondered where his choice to play for Wales had come from, and as part of his tribute to his former manager, “Psycho” revealed that it was Kendall who picked it for him.

“My dad’s Belgian and my mum’s English,” said Pat as he spoke to the Everton Fans’ Forum at Goodison Park yesterday evening.

“When I signed pro terms at Birmingham when I was seventeen it was the start of my career going forward, but I still had a Belgian passport.

“That meant that when I was 18 or 19, I’d have to go and do some square bashing (National Service) back in Belgium.

“So I changed my nationality to British, and that’s where, later on, when I came to Everton it enabled me to play for the Home Nations.

“Within the space of two days later on, I had calls from Bobby Robson from England, Guy Thys from Belgium, and Mike England from Wales.

“I couldn’t decide so I went to Howard and said ‘You decide.’

“I go to – sorry used to go to – Howard for a lot of things.  Personal things, football things, and that’s why I hold him right next to my heart.

“He said that I might only get three or four games for England, and then when I spoke to Guy Thys he said he wanted me to go and play for the Under 21s because they played a different system, so I said no.

“And that left me with Wales.  So, Howard said that was the best choice as I knew the boys, I had two others in the squad at my club, then Rushy [Ian Rush] and Hughesy [Mark Hughes] so you can all go up there together.”