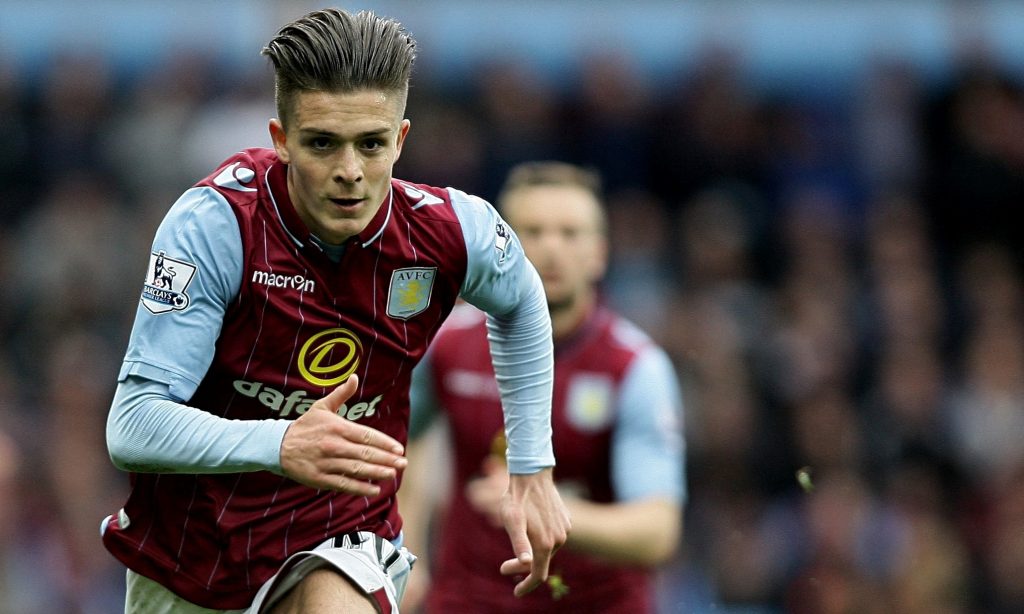 Everton are rumoured to be keeping tabs on Aston Villa’s Jack Grealish, according to the Daily Telegraph.

Grealish has risen through the ranks at Villa Park in the past couple of seasons, but struggled to impose himself last term as Villa were relegated from the Barclays Premier League.

The winger featured just 21 times for the first-team throughout the 2016/17 campaign as he struggled for form and fitness.

He was also punished by the Villans for being photographed partying, just hours after a humiliating 4-0 loss away to Everton, during a disastrous season for the Midlands outfit

The 20-year-old’s form for Villa has not appeared to dampen the enthusiasm of clubs monitoring his progress, however, with Everton said to be one of a number of sides keeping an eye on him.

Fellow top flight outfits Tottenham Hotspur and Stoke City are also thought to be looking to make a move for Grealish.

Grealish has made 46 appearances since making his Aston Villa debut back in 2014, scoring once and laying on four other goals for his team-mates in that time.

The left winger also made his England Under-21s debut in this summer’s 2016 Toulon tournament, bagging his first international goals in the 7-1 drubbing of Guinea as he helped Gareth Southgate’s men win the trophy for the first time since 1994.

Are you looking for a last-minute Valentines Day present for the Andre Gomes-loving Evertonian in your life or do you simply fancy...