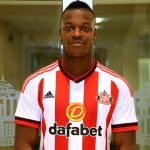 Everton are interested in adding another Kone to their ranks in the form of Sunderland’s Lamine Kone, according to the Chronicle Live.

The North East newspaper claims that the Toffees are looking to bring the centre-half to Goodison Park.

However, Everton will have to bid at least £15m to prise him away from the Black Cats, while Leicester City and West Bromwich Albion are also believed to be in the hunt for Kone.

Blues boss Ronald Koeman is on the lookout for a new centre back in the wake of John Stones’ decision to leave Everton.

The young defender has told Koeman of his desire to join Manchester City, with the Citizens said to be weighing up a £50m move for the England international.

Koeman has been linked with a move for Napoli’s Kalidou Koulibaly in the past few weeks.

But apparent interest from Chelsea, plus the Serie A side’s £41m asking price, is forcing the Dutchman to look elsewhere.

Kone was brought to the Stadium of Light-based in January by then-manager Sam Allardyce for a fee worth around £6m.

The 27-year-old made 15 appearances for Sunderland as he helped them secure their top flight status for another season.

The Ivory Coast international also scored twice in the 3-0 victory over Everton back in May that ended the club’s fears over relegation to the Championship.

The Scot, who enjoyed an 11-year stint on Merseyside, would be loathe to lose Kone this summer and particularly to one of his former clubs.

Koeman will continue to work with Director of Football Steve Walsh to add new faces to his first-team squad ahead of their Premier League opener against Tottenham on August 13.