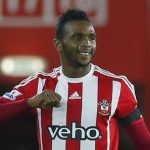 Cuco Martina’s move to Everton has been placed into doubt after an injury to a fellow Saints defender, according to the Southern Daily Echo.

The Frenchman only signed for Southampton three weeks ago, but is potentially set for an extended period on the side lines.

And, with Cedric Soares the only other right-back available to him, Saints boss Charles Puel has hit pause on the deal that would see Martina head to Goodison Park.

Puel said: “We will see. It is a problem, it is a question for Cuco also.

“We will see if the seriousness of the injury, we will see with Cuco stay or the possibility of another player coming.

“We will see the gravity of the injury with Jeremy, it is a problem.”

The Curacao international had been rumoured to be joining Everton for a fee believed to be in the region of £2.5m.

But Blues boss Ronald Koeman may now be left sweating over Martina’s availability ahead of the transfer window closing in five days’ time.

The Dutchman had been keen to bring Martina to Merseyside as back up for the injured Seamus Coleman.

Koeman and Martina had previously worked together during the 53-year-old’s time with Southampton.