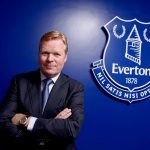 Everton manager Ronald Koeman has revealed that he is actively looking to bring a new striker to the club.

The Blues boss spoke exclusively to the Liverpool Echo, and detailed the need for fresh blood up front ahead of the new season.

Star striker Romelu Lukaku is the Toffees’ number one option to lead the line under the Dutchman.

But Koeman insisted that he needs backup for the burly Belgian if Everton are to have any chance of plotting a top half finish in 2016/17.

The 53-year-old is thought to be unconvinced by current second choice Arouna Kone, and has already signalled that fellow forward Oumar Niasse has no future at the club.

Koeman stated earlier on Thursday that he would like to bring three or four new players to the club before the summer transfer window closes.

And when quizzed over the striking department in particular, the former Southampton boss said: “That (a new striker) is one of the positions where we are looking.

“It is that position and that is one of the reasons why I put Deulofeu in front at No9 to see if he can occupy that position.”