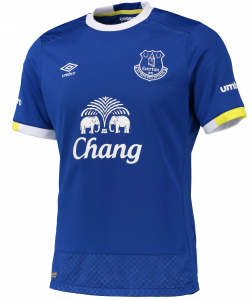 When you have no chance of winning the league, or even qualify for the champions league, won’t be relegated and out of the cups in the first week of January, what does that make you?

In my calculations, the next meaningful game we will play will be the first game of next season in August. I want to be positive and some positive things have happened recently but today I’m not.

The fallout for exiting the two cup competitions at home against teams lower than you will affect Everton more than most. Thankfully, the days of relegation scraps are no more but mid table mediocrity is soul destroying. The wait for a trophy goes on into a 23rd year so you have to be over thirty now to have memories of a successful Everton team.

It’s a sense of loss, the going through the motions that hurt. Being 2,000 miles away doesn’t make it any easier.

I’m angry. I don’t get upset or disappointed anymore, I just get angry. It started in 1998 when we escaped a last day relegation against Coventry. Against Wimbledon four years earlier I was relieved, but it changed on that day. I was angry when Duncan Ferguson was sold from under Walter Smith’s nose; when we went out of a string of cup competitions to lower league opposition; when we rolled over in the FA cup semi final in 2012 and subsequent poor cup exits. I was angry on Saturday.

The worst thing about the defeat typifies Everton over the last few years. Extracting defeat from the jaws of victory, letting a poor team walk all over them, the lack of fight and urgency in the game. I don’t believe for one second the players don’t try, they just don’t have an edge or spark.

Yet it was there against Arsenal. I wasn’t daft enough to think we had turned a corner in that game. The trouble is, if you keep turning corners you end up back where you started.

A decent run of results, (no more no less) followed by what seemed to be a good general meeting in midweek gave hope. (The Roger Phillips phone in the day after the general meeting was particularly amusing). You know what hope gives Everton fans…? It seems the old Everton traits will not go away. I mean the inferiority complex towards our neighbours (and there really shouldn’t be) followed by the inevitable concession of a late goal; To follow up a good win with a very poor performance; the ‘rabbit in the headlights’ attitude to going ahead in a game; and the ability to draw out transfers long enough for another club to take over or the player to (presumably) get sick of hanging around…

The only positive I took from Saturday was Ronald Koeman appearing to finally get angry with the board over transfers. Trying to be positive in all this it seems he has assessed the squad and decided enough is enough. In my reckoning, about two thirds of the squad need replacing and it won’t happen overnight. It requires patience (yet again!!!), A shed full of cash and the board to do what they haven’t really done in a long time, i.e. identify a player, get him in and announce the signing. Will it happen? Only time will tell but unless something drastic happens, it will be a long seven months.