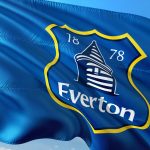 In recent times, the top six in the Premier League has been something of a closed shop with only Southampton and Leicester City breaking that trend in the last four years at the expense of Liverpool and Chelsea. And it is now five years since Roberto Martinez steered the Toffees to fifth place ahead of Manchester United and Tottenham Hotspur.

Last season, Sam Allardyce managed to guide Everton to eighth place but they still finished 14 points adrift of sixth. So can new boss Marco Silva bridge that gap? And should supporters be excited for the new season?

A sense of belief

For many Everton fans, years of false dawns have tempered the optimism but there is a real sense Silva could be the real deal. New signing Richarlison certainly thinks so, having declared that the former Watford boss would win things with the Goodison Park club. However, he may need time to fully put his stamp on both the club and the squad.

Since arriving in England, Silva has appeared to be on a quest to get himself installed at a top club. He impressed in his short time at Hull and despite overseeing their relegation did enough to prompt other Premier League clubs to come knocking.

His spell at Watford began well enough but after being tracked for the Everton job following the departure of Ronald Koeman he lacked focus and was eventually dismissed. From that moment on it was inevitable the Portuguese boss would arrive at Goodison Park – the club wanted it and he wanted. But does he see the job as another stepping stone? Or has he finally found a club of the stature he is looking for?

Everton are certainly a big club but in recent times they have failed to fulfil their potential. They have had more money to spend in recent transfer windows but there is a feeling that it hasn’t been spent wisely. If Silva and new sporting director Marcel Brands, who arrived from PSV Eindhoven back in June, can get the recruitment nailed, Everton could make a push for the top six this term. And it’s not just a case of signing new players, trimming some of the deadwood already at the club will also be vital if they want to avoid being overloaded.

The arrivals of defenders Lucas Digne and Yerry Mina, and midfielder Andre Gomes from Barcelona; attacker Richarlison, who worked with Silva at Watford; and former Shakhtar Donetsk winger Bernard suggest the club are prepared to support the new boss financially with a strong first XI the priority. However, it may take another transfer window to get the balance he is seeking.

But if Everton are going to force their way into the top six, at whose expense will it be? As of August 10, 2018, the Merseyside club are 4/1 with betting site Betway to achieve that goal. It is widely expected that Manchester City and Liverpool will be the lead contenders for the league title and it seems unlikely that either will finish outside of the top four. However, Manchester United, Chelsea, Tottenham and Arsenal all have factors that could affect their campaigns.

Jose Mourinho is entering his difficult third season when things always seem to fall apart. The club has not landed their top transfer targets and there seems to be some unrest between the coach, the players and the board.

Tottenham are moving stadium yet again and could take a while to settle. On top of that, they have been inactive in the transfer market with no new arrivals expected.

In Maurizio Sarri, Chelsea have a new boss who is unproven in the Premier League and could take a while to implement the ideas that served him so well at Napoli. And it’s a similar story at Arsenal where Unai Emery will attempt to follow in the footsteps of the club’s longest serving manager Arsene Wenger.

If Everton are going to make it into the top six this term, they will have to hit the ground running and hope that at least one of these teams has an under-par campaign.