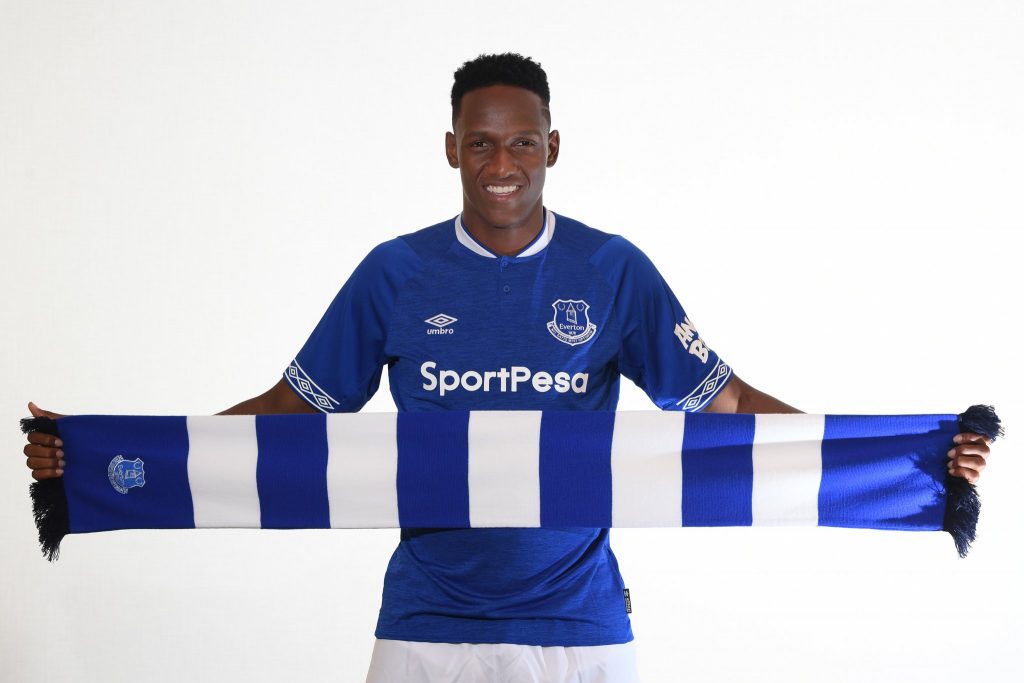 Can pessimism for the new season actually have turned into hope given the last 24 hours of the transfer window? Can a pre-season of almost continuous defeat be turned around by a flurry of late signings on deadline day? A combination of poor performances coupled with the inactivity of the club in the transfer market left fans frustrated. Add to the mix, a new boss and a clearly unhappy Ademola Lookman and you have a potential cocktail of failure.

I happen to believe that we have one of the most difficult possible opening fixtures we could get. Popular belief is that you are better off avoiding the ‘Sky 6’ in your opening fixture. I don’t subscribe to that particular theory but given the Everton’s record against those teams in recent years, it seems true for us. The three promoted teams are usually filled with optimism and with fire in their bellies, they more often than not, hit the ground running. Put them in front of their own fans on the opening day and you have a job on your hands. Wolves are now bankrolled and appear to have improved their team from last season with both new signings and tying current players down to new contracts. They appear to be the next team in line to attempt to break the media led top 6 club. Whoever Wolves played needed to be on top of their game straight away. It doesn’t mean we shouldn’t expect a win though.

Friendlies aside, inability to beat at least one of Bury, Blackburn, and Rennes and to a lesser extent Lille or Porto is a cause for concern. The belief that winning your pre-season friendlies leads to a good season, of course, is naive, to say the least, but some hope would have been nice. I purposely left Valencia out of the list as they are a clear step up in standard, but a standard we long to be part of.

Pragmatically, it seems the pre-season friendlies were successful in separating the dross from the rest. A fair bit of dross it seems. This left Marco Silva knowing exactly what was required and may have been instrumental in the lateness of the deals secured. He has succeeded in removing much of the dead wood but still has a way to go in this respect. Have you ever tried getting rid of your own rubbish in a car boot sale and been left with the tacky ornament from the 1980’s? (references to Williams and Bolasie are purely coincidental).

Then came the end of the transfer window. Having already bagged Richarlison (more of him later) and Lucas Digne. A flurry of deals were done at the death with both Bernard and Mina coming on permanent deals, and Andre Gomes and Kurt Zouma on loan. Defence strengthened as requested and the creativity increased, the only downside would appear that we still haven’t replaced Lukaku’s goals. Tosun and Walcott need to deliver for all this to work with input around the team. As it stands, the persistent pursuit of Lookman by RB Leipzig has failed but the European transfer window is yet to shut. The club clearly stating he is not for sale.

One of the more amusing features of the transfer window has been the continued reaction of the media to Everton spending money. It started a year ago when many ‘pundits’ seemed to judge and take offence to the club’s spending. I mean, £30 million (or thereabouts) for a goalkeeper. The world has clearly gone mad.

Fast forward to 2018 and Paul Merson, no less, passed judgement on Everton’s spending. Cards on the table, I’m not a fan of Merson. He was a talented footballer but once he starts speaking and he starts to, how can I put it… gets on my wick. When he blamed Everton’s purchase of Richarlison as being the reason for the transfer window being “spoiled” he was clearly going on one of his typical uninformed rants. Even ex-blue, Kevin Campbell weighed in on Twitter when he replied:

“Just watching SkySports News and Paul Merson has just said the Richarlison signing has spoiled the transfer window! Bent and Merson say he’s overpriced yet mention nothing about £67m and £71m goalkeepers? Gotta be ‘aving a laugh” (3.34pm – Aug 9, 2018)

Not one mention of the goalkeeper that Liverpool bought having put five past him only months earlier. It got better with bitter red and failed manager Phil Thompson stating he was not convinced about centre-back Yerry Mina. He said:

He went on to say…

“There’s a lot more to defending than just scoring a goal. He didn’t get too much game time at Barcelona. They need bodies through the door”

It seems plucky old Everton are beginning to ruffle feathers. Mr Thompson needs to realise that Yerry Mina scored three goals in this year’s World Cup, equalling the record for a defender. In fact, he’s scored 6 goals in 15 international appearances for Colombia. Criticism of Everton’s spending reached across the media with very little balance. The free transfer of Bernard was mentioned but the amount paid to Watford for Richarlison seems to have struck a nerve, particularly at SkySports towers. At least it’s taken the focus away from the cost of Pickford’s transfer.

This all coming months after criticism of Everton fans for wanting Sam Allardyce out of the door. “What do Everton expect?”, They should be grateful”, “why don’t they like Sam Allardyce?”. As it happened, poor old Sham, otherwise known as ‘The count of Monte Bisto’ was given the job of running down the clock to the end of the window and he struggled to comprehend where the money for Everton’s deals were coming from. Probably the same place his own pay off came from.

All in all, things seem a little better than they were a few days ago. We just need Marco Silva to form them into a match-winning side. I’m not one who believes you need a good pre-season to have a good season. One of our worst ever was prior to the 2004/2005 season and we all know what happened then. It’s also probably too soon for all to be involved against Wolves, but who knows what Silva is thinking. All we ask now is that Marco is given the chance to do his thing and make us proud again. Positive thinking goes a long way and the new boss seems to have it. Whoever takes the field against Wolves, let’s go for it and get off to a flying start.

Prediction? Of course, we will win.