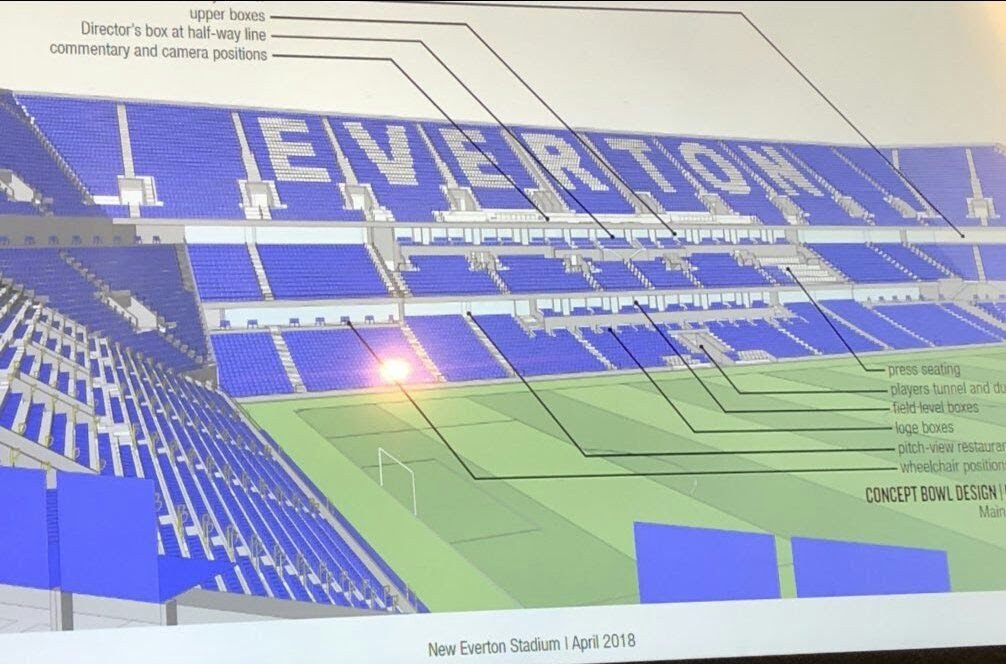 Everton Chairman Bill Kenwright says he is happy with the progress the club are making with the new stadium at Bramley Moore Docks, and said that the funding was “going ahead.”

Kenwright was speaking to TalkSport after Farhad Moshiri took up the option to increase his share in the club and said that he wanted to make sure the new stadium was done correctly.

He said, “I am more than excited about the prospect of going to the dock in Liverpool and having that major position.

“But as we always say, any new stadium at this moment has to be carefully planned and thought out. I mean, you look at the problems poor Daniel Levy’s having at Tottenham… it’s step by step and step by step.

“The architect’s working hard, the council are with us, the funding is going ahead – but we are not there yet.

“But it is a very exciting prospect.”

He also spoke of the deal which saw Moshiri increase his stake in the club, saying that the Iranian born businessman loved the Blues.

He added, “I don’t have to tell you the commitment he’s given to Everton, both in terms of time and finance, – he’s put hundreds of millions into the club – and I think there was a part of him now that wanted that extra shareholding with the new stadium coming up.

“I think it will help in that it’s further finance for the club, but I don’t know if he did it with massive ulterior motives.

“When he and I first sat down to talk about him purchasing the major shareholding, I know he needed time to get to know the club. He’s been there two-and-a-half years now and he knows the club and loves the club.

“I just think he wanted to cement his position nine months earlier.”