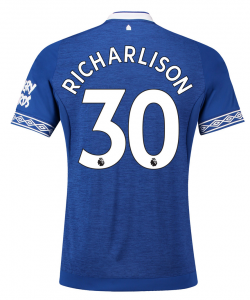 If you had said last season that Richarlison could be emerging as the next Brazilian star then this would have raised some eyebrows following his fairly lacklustre season at Watford.

Coming with a big reputation was a big ask considering he is just 21 years of age and moving in to a demanding league such as the Premier league from the Brazilian Serie A. So how have Everton and Richarlison faired in the opening fixtures?

Richarlison is held in the highest regard by his manager Marco Silva and was brought straight over following his appointment at Everton. The fee paid was around £40 million which led to many calling the modern day transfer fees as ridiculous. This is most likely true but this could in the end turn out to be good business from the toffees.

Everton have made a positive start to the season and four games in remain as one of five sides in the league to remain unbeaten but punters supporting them via the SBK app. Expectations will be high of success this season and European football qualification must be a high priority. But how has Richarlison faired in the opening fixtures?

The fact he has had a call up for the Brazil senior side speaks for itself and he has already made 10 appearances for the under 20 side scoring three goals. Richarlison has now also had backing from Brazilian legend Rivaldo which goes to show his performances and reputation are gathering attention from people around the world. He made a brief 20-minute appearance against the USA for his senior debut but struggled to make much of an impact in the encounter but there has certainly been plenty of positives to take from his performances in the upcoming fixtures this season prior to the international break.

The season kicked off with an exciting encounter against Wolves that ended 2-2. Richarlison put in a man of the match performance scoring both goals for Everton. This included a clinical finish from just outside the area to put Everton ahead in what looked the winner at the time. This performance gave a firm indicator of the impact the Brazilian is set to play against a very strong Wolves side. He showed he can not only handle the expectation over him but can perform on the big stage.

The second game of the season was a home fixture against the solid outfit of Southampton. The Brazilian again got himself on the scoresheet as he added to Theo Walcott’s opening goal. This was Everton’s first victory of the season under Marco Silva and one that showed his style of play already becoming trademark in the side. This performance again showed just how big an impact the Brazilian could be set to be in the coming season with another man of the match award.

This would be a game to forget for Evertonians as the Blues all but threw away the three points. Everton had looked dominant through the first half before Richarlison got involved in an altercation in what looked a head butt resulting in him being sent off after just 41 minutes. This was the first key negative the player has shown since his move to Everton. They would however go 2-0 up after 66 minutes following another goal from Walcott before conceding two late goals with Bournemouth’s Adam Smith also seeing red after 61 minutes.

Everton’s most recent fixture was yet another frustrating draw against a well drilled unit in Huddersfield. This did however extend the unbeaten run that we are now on. Everton in spells looked a threat but Richarlison was a big miss as we lacked creativity going forward and failed to make enough chances. The big negative of the game was Walcott heading off injured due to a rib injury but is likely to be fit for the upcoming fixture against West Ham.

Everton striker Dominic Calvert-Lewin says he is diappointed that his side could not take all three points and maintain the 100% record...

Everton go head-to-head with Liverpool on Saturday aiming to continue their magnificent start to the new Premier League season.

Ancelotti is Manager of the Month

Everton manager Carlo Ancelotti has been named the Premier League Manager of the Month for September as his side remain the only...

Everton Football Club has strengthened its international ties to Latin America by signing a new partnership with its Chilean namesake, Everton de...

Spirit of the Blues to get vinyl release
To Top