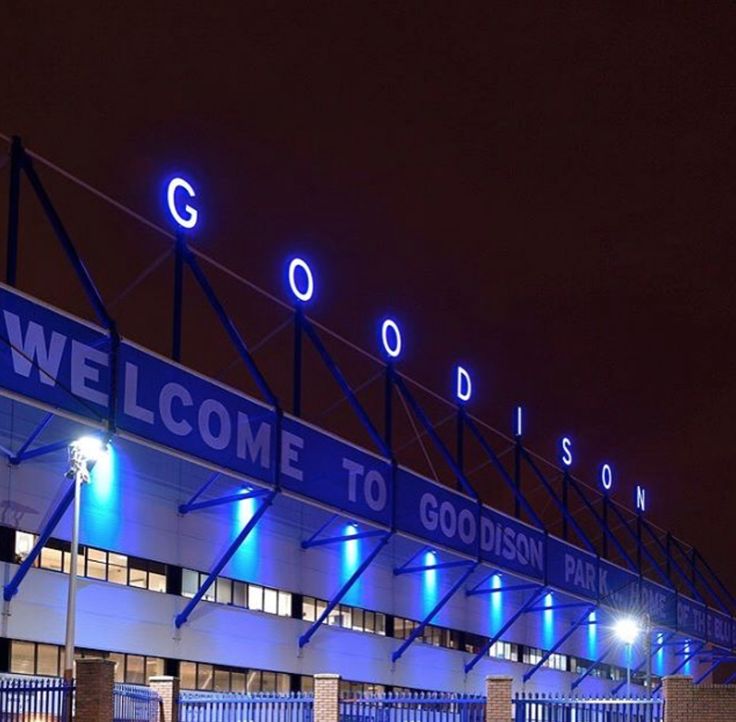 Goodison Park has been home to Everton since August 1892, and has been a loyal servant to the club.  While a move away to Bramley Moore Dock may be on the cards, Goodison is still Everton’s home, and is still worth a visit even on a non matchday.

It has been the scene of many pioneering moments in English football, including playing host to World Cup group stage matches in 1966.  It was also the first stadium outside of London to host an FA Cup Final, and the first to be visited by a reigning monarch. You can read a list of Everton Firsts here, of which Goodison Park has played a part in many.

Goodison Park was the first purpose-built football stadium with four stands surrounding the pitch, and current capacity is 39,572.  The Everton faithful regularly fill the ground to cheer on their team, with every home league game of the 2018-19 season selling out;.

There is no doubt the stadium has seen better days, with some areas still having wooden seats, and a number of obstructed views on 3 sides of the ground. Although the Park End was re-developed and has no obstructed views, and many of the old Gwladys Street season ticket holders relocated to get a better view of the match.

Away support is in the Bullens Road stand, next to the Park End and facing the Main Stand, with away fans being given both tiers of the last third of the stand, an allocation of around 3,500 is available. Many visiting teams, however, only take the lower allocation, which is around 1,700.

What to do at Goodison Park

The obvious answer is; Watch a football match!

There are, of course, plenty of other things to do when visiting Goodison Park, whether on match days or not.

On match days, the local area immediately surrounding Goodison Park comes alive. The club shop is busy, and a secondary store opens on the corner of the Gwladys Street and Bullens Road stands. A plethora of eateries open up as if by magic, and the famous Winslow Pub – directly opposite the main entrance on Goodison Raod, throws open it’s doors to hundreds of fans. It’s an away-friendly pub, so you’ll find the odd away fan in there, but usually they stick to the Thomas Frost pub on Walton Lane.

The Hub opens in the Everton Free School, and there have been a number of ventures designed to get people a cup of tea in St Luke’s Church – on the corner of Goodison Road and Gwladys Street. Upstairs in the church the Everton Heritage Society put on displays of previous games between Everton and whoever is visiting that week, and also sell classic programmes and Everton memorabilia.

At The Park End, the Fanzone opens up, with fast food, fast beer, and entertainment for all ages on a big stage – usually featuring a local band and a former player or two.

How to get to Goodison Park

Goodison is well served by buses, with the following routes running either right past, or close to, the ground itself :

From the North & South. From the M6, exit at junction 26 onto the M58 and continue until the end. At the gyratory, go left to join the M57 Junction 7. Exit the M57 at Junction 4 to turn right into East Lancashire Road (A580). Follow the road, across QueenÂ’s Drive, into Walton Lane. Goodison Road is less than a mile along, on the right.

From the East. From the M62, exit Junction 6 onto the M57, go to the end of the motorway and then left onto the A59 Ormskirk Road. Then follow the same route for north.

From the West. From the M53, continue to Wallasey and follow Liverpool via the Kingsway Mersey Tunnel. Turn left at the end into Scotland Road, taking the right fork to the A58 Kirkdale Road. Follow the road round for two miles and Goodison will appear in front of you.

There are a number of options for parking around the stadium, with “pop up” car parks opening up on the day. The industrial estates off Langham Street pack cars in tightly but provide a parking place close to the ground, while the more formal – council run – car park at Vernon Sangster (next to Anfield) provides more formalised parking spaces but a longer walk. Almost all streets around Goodison Park are permit-only, and traffic wardens have been seen to be bussed in for match day hauls.

Alternatively, the Northern Line “Merseyrail” service runs to Sandhills or Kirkdale, with a “SoccerBus” service operating to and from Sandhills station.

For the Northern Line, get off at Lime Street and walk around to Central Station in the City Centre (about a 5 minute walk)